Three months ago I saw quite a number of people preaching on the street.They were happy and quite excited about what they were preaching.I respect street preachers.
I am not those people who would by any chance be on the street for any talk.I love to do things behind the scene.I excel well at that.

One of the activities that this group was going to do was run the alpha course.I had never done alpha and it seemed exciting.

The alpha course is an interactive 10 weeks serries that discuses pretty much about life and also talks about Jesus in a very fun setting.It was more consistent for me.

Alpha was very simple and yet real.We meet every Monday , shared a snack, watched a video and split into small groups.My small group was Team No pressure. Was their pressure ? Pressure to answer , pressure to be real , I will say before we knew each other there was no pressure.But when we got to know each other Different opionions were intresting because it made the sessions more interactive.The beauty was every ones opinion is respected in alpha.

We looked forward to Monday.It was , with no pressure and yet this was simple and realistic to do.
After the 7th week we were going to do the day away. Our leader told us to be expectant.She said its going to be so exciting. I didnt know what to expect. Though i was so much looking forward. Its satuarday and we are set to go.We meet in a central place and i see games , all kinds of games.I am already happy before we even start off.

When was the last time I had even played ?? I had enclosed myself in some sort of serious routine , but yet here i was getting excited .😊 I played prayed had serious encounters with God . We also had very good food at the day a way.

This is going to be it.Thats when the leader then Berna A told me anyone can run alpha.I was so glad.She told me in any space they would give me material to run alpha.That cheered my heart.All I had to do was invite ,ask friends to invite prepare for guests and have alpha.Who wouldn’t do that? I told myself I would help at any given opportunity.

Opportunities have come, We have run more than 7 alpha sessions from the very first time I attended alpha in 2016 March, We have interacted with more than 300 people, and we are still in touch.Made meaningful relationships with these people.We have done life together in alpha doing the alpha courses.Am glad I was introduced to alpha.

A few pictures of the different activity that we have while at the course.

Going for a day away with the secondary school students .Fun it was.

2 thoughts on “MY ALPHA JOURNEY” 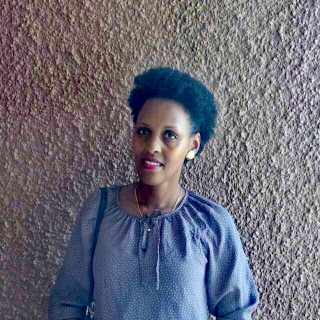